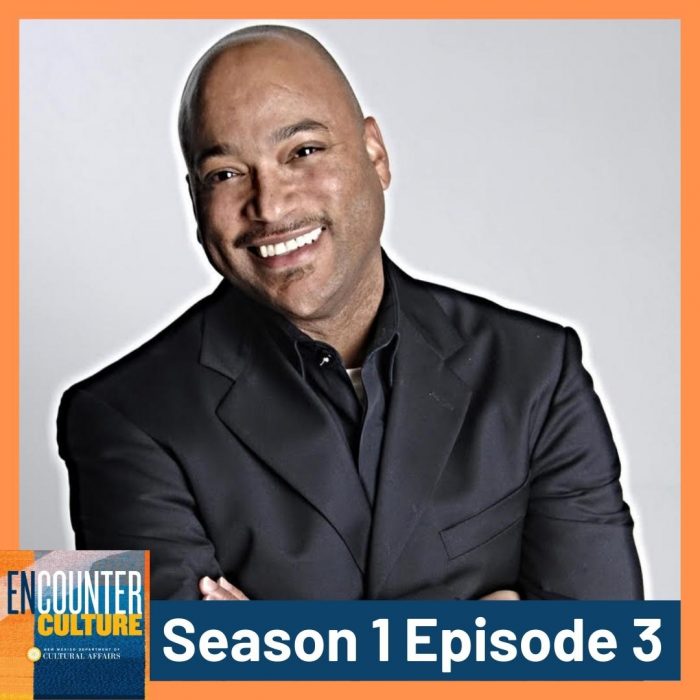 If a picture is worth a thousand words, who gets to craft that narrative? How does their version compare to others, and what does it tell us about the subject? An era? Ourselves?

Host Charlotte Jusinski and her guest Hannah Abelbeck, archivist at the New Mexico History Museum’s Palace of the Governors Photo Archives, explore all the angles, prompted by the discovery of 19th century archival images of Sam Adams, an African-American veteran of the New Mexico civil war. The portraits of Mr. Adams are captivating and confusing. What was so important about him to warrant taking his picture? How did he end up in New Mexico? What was his life like?

Robert Quintana Hopkins, a descendant of Sam Adams, joins the conversation to discuss bringing under-told stories to light and the ways in which family history illuminates our current identities in multiple fascinating ways.

An archivist’s office is just as you’d imagine: tucked into a basement, chocked full of mysteries. Hannah’s subterranean domain doesn’t disappoint. She estimates that Palace of the Governors collection houses approximately one million pieces of visual material in every conceivable format, from daguerreotype to digital, albumen print to color slide. It’s fascinating work for a curious mind and a crucial opportunity, says Hannah. “What’s really going on in the archives world right now is trying to figure out how more communities can be better represented by institutions that haven’t pursued collaboration with those communities throughout their history––and I think it involves re-looking at how things were created in the first place.”

To Hannah’s point, the images of Sam Adams, gathered as part of her research into the 150th anniversary of the New Mexico civil war, are aesthetically pleasing portraits taken by local historic figure Jesse L. Nusbaum, but they only reveal tiny pieces of information. “Photography of the 19th century is not a survey of the world in any sort of equal way, nor are collections of photography,” Hannah cautions. For all the likeness they reflect back to the viewer, “they’re not obvious in ways that other things are. It takes a lot of work and a lot of thought to make sense of the photographs and explain them to other people.” Instead of an ultimate record, she considers photos access points into topics we should get more curious about.

Curiosity is what led Robert to Sam Adams and Timotea Chavez, wife to Sam and great, great grandmother of Robert. “The world told me that I was Black, which is true,” Robert says, “and I also have the experience of being half-Mexican. But there was no way for me to reconcile that within the larger context of the society that I lived in. And so I grappled with that myself, like, what does it mean to be both?”

He explored this duality via his master’s thesis in anthropology and discovered a family history of non-conformance, giving him a new appreciation for and understanding of his own identity. His research eventually became blog posts through which Hannah later connected with him for her archival project.

Although the story of Sam Adams is far from complete, his portraits remind viewers that vibrant histories do exist for underrepresented communities if we’re willing to take a closer look.

A photograph of Sam Adams is on display as part of the exhibition Looking Back: Reflecting on Collections at the New Mexico History Museum through October 17, 2021. Plan your visit at New Mexico History Museum. To learn more about the photography collection or make a research appointment, contact the Palace of the Governors Photo Archive.
Read much more about Sam Adams and Robert Quintana Hopkins and see those beautiful historic portraits of Adams in the December 2021 issue of El Palacio magazine, available soon in print and online. Meanwhile you can check out Robert’s MA Thesis: El Mestizo moderno: the story of a modern day mixed blood and his journey towards self identity.